I wanted to update you about a couple of my projects that I was able to spend time on, now that I took some time off of work. I need to distance myself from my day job every so often to prevent a burn-out and this time I am dangerously close.
I baked bread for the first time in years and it was well-received in the family. The result was a tasty sourdough bread using the wild yeast culture that I am keeping healthy for many years now, even if I had not used it for making bread for a long time. Although a while ago I did share some of the sourdough culture with a friend who is also into baking bread. Even a tiny bit of “starter” can jumpstart your career of baking 🙂 It’s a tedious task to raise a healthy culture of wild yeast and suitable bacteria that create good bread.

But I would like to focus more on liveslak, on my Digital Audio Workstation spin, and some new software for which I created packages.

The liveslak project received some interesting new features.
Most importantly, the hard disk installer of the Slackware Live Edition – called “setup2hd” – was expanded. In the past, it used to allow only the installation of the Live OS to your hard drive. But I received requests to also make it possible for setup2hd to install regular Slackware like the official installer does. It sounded like a good idea, and starting with liveslak release 1.3.7 the “setup2hd” program will let you choose from more package SOURCES than just the Live OS. In addition to the Live OS, you can now choose to install regular Slackware from a NFS, HTTP, FTP or Samba server. In other words, Slackware’s network install feature was added.
Why is this different from the setup program on the official Slackware ISO? Well, the most obvious improvement is that you are working in a graphical desktop environment (the Live OS). You can run the setup2hd hard disk installation in an X terminal while you keep doing other stuff like reading online materials or watching a video to pass the time. Moreover, you can install stable Slackware 14.2 from the Live OS. That means MMC and NVMe drives are supported during installation (which is something the official Slackware 14.2 installer does not provide for).
And to top it off, I am now also adding “setup2hd” to the small XFCE ISOs. Word of caution: the XFCE ISOs do not contain a “huge” kernel which means if you want to install the stripped-down XFCE OS to your hard drive, you will have to do a manual “chroot” after installation completes and before you reboot, to edit /etc/lilo.conf and add a section for the “generic” kernel. and then run the “lilo” command to make it stick. Hopefully the “liloconfig” command will learn how to do that for you, sometime soon. You can always perform a Slackware network installation from the XFCE Live OS of course!

The second new feature is the ability of liveslak to configure a custom background image for Plasma5-based Live OS. The custom image is used when generating the Live ISO, as the background for the SDDM login greeter, your desktop wallpaper, and for the lock-screen backdrop.
What I still want to achieve is adding similar functionality to the XFCE and Gnome based Live variants. The snag is that the configuration needs to be scriptable, i.e. when the “live” user logs in everything must already be in place and pre-configured. For Plasma5 that was not trivial to work out, and I have zero Gnome and XFCE scripted desktop configuration knowledge. Suggestions and code snippets are welcome.

My Digital Audio Workstation project, called Slackware Live DAW, received some updates as well. The blog article I link to describes the generic process to tune and tweak Slackware for use as a real-time audio workstation, but I used that knowledge together with a whole lot of useful audio and music software to create a Slackware “spin-off” if you want – building on a lean Slackware package set plus the core of KDE Plasma5.
Since Slackware Live DAW  is based on liveslak, it profited from improvements in that area too. Most notably the DAW Live ISO now comes with a nice dark black & white themed background – which is better on the eyes if you work on your musical project in a room with low ambient light intensity. 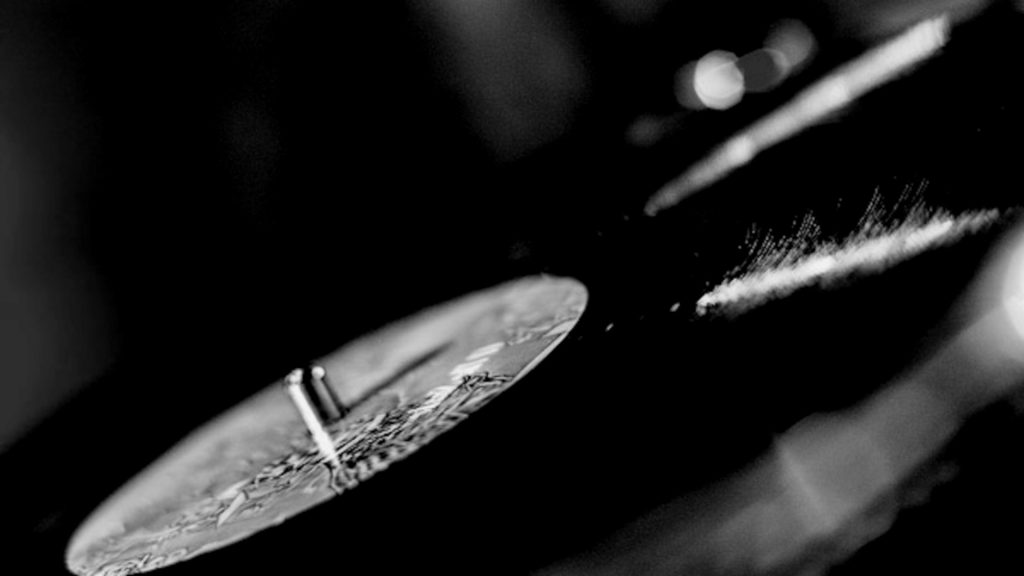 The other improvement, or enhancement if you will, is that I have collected all the DAW specific programs in their own submenu “Applications > Multimedia > Slackware Live DAW” and removed them from the “Multimedia” menu. This lets you focus on the audio workstation purpose of this Live OS by having all your tools in one place.
And of course, the “setup2hd” program allows you to install the Live OS to your hard drive. One caveat though: the installation will be pristine, meaning you will get all the packages but not the “liveslak” customizations installed. What you won’t get is: the nice wallpaper, the “Slackware Live DAV” submenu, the real-time tweaks to the Operating System and the pre-configured JackQtl. On my TODO is to create a way (perhaps a package) to apply all of these customizations easily afterwards. For now, best is to run the Live OS directly from a persistent USB stick. If you have a bit of patience and at least 8 GB of RAM, you can load the whole Live OS into RAM when it boots up, and use the USB persistence to write your updates to the USB stick while you work, using the liveslak boot parameter “toram=os“. Loading into RAM will take a few minutes but then you have a lightning fast DAW OS that runs completely in memory.

I created a short video to show the boot sequence, the wallpaper and the new submenu:

Now that I am writing about my DAW project, I also want to use the opportunity to ask you – my readers – to participate in a small contest. I am not good with graphical tools, but I would really like a couple of graphics:

I welcome your submissions and will create an overview page with all of the graphics I receive. Ultimately I will select the ones I like most and use then in the liveslak project. So please do  not share copyrighted material.
I came up with the wallpaper image myself, and I asked a friend of mine, who is also a producer and a dee-jay, to supply some of his own black & white photography as wallpapers for Slackware Live DAW.

Some of the packages I created or updated lately

I usually update the blog when I have something to share about my high-profile packages like chromium, libreoffice, openjdk, vlc and the likes. But I add stuff to the repository from time to time that serves a specific purpose – either because someone I know requested a new package, or because I expand the list of available software for my DAW Live project. Here are a couple that I did not mention yet.

OBS Studio (formerly known as Open Broadcaster Software) is video recording and streaming software. It is sometimes referenced by people when they email me with requests to create a package for it. Working out the dependencies and packaging those is not trivial. I realized that I could use this myself (to create the above video of booting DAW Live), and have added it to my slackbuilds repository along with a dependency that was not in there yet: mbedtls. The other dependencies for OBS Studio were already in my repository: jack2, vlc  and x264.
I chose not to add “luajit” as yet another dependency. Luajit meant to add Lua scripting support, but OBS Studio already supports scripts via Python3. If anyone needs Lua as well, let me know. I also did not add the suggested “fdk-aac” encoder dependency for AAC audio since Slackware’s ffmpeg package also has an AAC encoder and OBS Studio will use that instead.
I realize that Patrick recently added Simple Screen Recorder (ssr) to Slackware-current but OBS Studio is more powerful and has a lot of features which make it particularly suited for people who stream their video recordings directly to sites like Twitch or Youtube.

Geonkick is “a synthesizer that can synthesize elements of percussion. The most basic examples are: kicks, snares, hit-hats, shakers, claps”. Unfa has a video up on Youtube in which he shows a bit of the interface and the percussion sounds you can create. I added this one to my DAW package list so you can use its functionality as a plugin in Ardour or as a standalone app.

QTractor? My DAW package list already contains Ardour and Audacity to use as your main application to record, mix and process music. They serve different purposes and audiences – Audacity is a multi-track recorder with nice post-processing capabilities, and for some people that is all they need when Ardour has a long learning curve.
Qtractor is yet another digital audio workstation tool. It is a multi-track sequencer for audio and MIDI, with a nice QT5 interface and extensive plugin support. I guess it is comparable to Ardour but less complex and therefore suited for somewhat less experienced musicians and producers.

And here is MuseE, another audio and MIDI multi-track sequencer with an interesting feature list and a QT5 interface. Similar to QTractor you can use MusE as a your DAW studio interface or use it to pre-process your MIDI tracks before importing them into Ardour, as shown in this video tutorial sequence by LibreMusicProduction.

It will be a matter of preference which of these programs you are going to use. They are all part of Slackware DAW Live so go ahead and try them out! The Slackware DAW Live ISO image can be found at https://slackware.nl/slackware-live/latest/ and I recommend to copy it to a USB stick as a persistent Live OS, using the iso2usb.sh script.
If and when I manage to migrate slackware.nl to a bigger server I will be able to finally host it there along with the other liveslak stuff (Update 2020-Nov-15: I finally migrated to a new server and the old server died in the process, but not before I managed to save all important stuff).