Last week, we had visitors at work who had done a Linux related job for us and were ready to demo their product. One of the consultants had a nice screensaver running on his Debian-powered laptop (or was it Ubuntu… I don’t remember). He told me it was called “busy spheres” but it took me a while to find out that that is nowadays part of the GLX port of the “Really Slick Screensavers” collection. 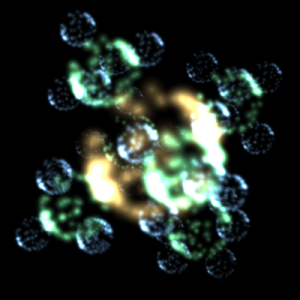 I liked it enough that I created a Slackware package for it…. http://slackware.com/~alien/slackbuilds/rss-glx/ After installation, the screensaver collection will be available for selection both in XScreenSaver and KDE screensaver (KDE will show some of them twice, since some of the RSS are already incorporated in the kdeartwork package).

By the way, I noticed that Really Slick Screensavers has another recent addition which is not available yet in the Linux port – MicroCosm – which looks really slick (pun intended). Let’s hope rss-glx gets updated soon.