An interesting celestial phenomenon early this morning above northern part of Norway – witnessed by thousands of people all over Norway: 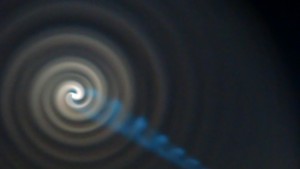 A fireball with a huge blue tail dominated the skies over Norway in the early dawn. The spectacle lasted for two minutes and ended in a spiral of light. A possible explanation is that this was a missile gone out of control, but the Russians deny (of course) that they fired a missile. Chief scientist Erik Tandberg at the norwegian Space Center speculates that this could be an entirely new natural event, although the light show lasted too long to be easily explained as an astronomical phenomenon.

The Sun (UK paper) has some coverage and a load of pretty pics. Another article can be read (if you understand norwegian at least) at the norsk site http://www.nrk.no/ and interestingly it hosts some film footage of the event online, a compilation of several amateur short videos.

One thought on “Celestial phenomenon in Norway”