Pick your favorite quote for today!

I honestly kept my breath and have had some difficulty believing that this would eventually really happen, but yet here it is. Slackware 15.0 stable! Released yesterday and available on mirrors across the globe today.
I am fiercely proud of Patrick Volkerding who has again showed all of us that the oldest actively maintained Linux distribution is more than a rolling release for Linux enthusiasts.
The latest stable release 15.0 is packed with applications for both desktop and server usage. It is truly a modern Linux platform that power users can and should embrace as their daily driver.

I will share with you some of the highlights and particulars of the development process between the release of Slackware 14.2 (the previous stable) and the new 15.0.

So what about that exciting content you can find in the new 15.0 release?

All in all, when you install Slackware 15.0 on your computer you will be able to work in graphical desktop environments and using tools that are on par with all the big distros. When looking for software that is not part of the core distro you can turn to slackbuilds.org (SBo) which is a curated platform for Slackware package build scripts. Tools like sbopkg, sbotools and slpkg will assist you in automating the build- and dependency resolving process when using these scripts from SBo.
Third-party package repositories are also available to quickly install binary packages if you do not trust yourself when compiling from source. You can think of my own alien and restricted packages but also Robby Workman’s package repository or the SlackOnly collection of packages that have been pre-compiled for you out of all the SBo scripts.
Slackware’s own slackpkg package manager which only deals with official Slackware packages can be extended with the plugin slackpkg+ if you want to be able to easily manage a mix of official and 3rd-party packages using a single tool.

Slackpkg with the slackpkg+ plugin also supports managing a multilib installation (i.e. a 64bit Slackware OS which is capable of running and compiling 32bit software). With multilib, running the Steam gaming platform is fully supported on your 64bit Slackware, and Steam applications run as fast on Slackware (or faster) than on Windows.

I hope you are all as excited about this new release of Slackware Linux as I am, and I hope you will have a lot of fun using it. Of course, those of you who have been running the ‘bleeding edge’ all the time, aka Slackware-current, can keep doing that. The Slackware-current tree is still there and it will now focus on post 15.0 development towards the next stable release.

People upgrading from Slackware 14.2 have multiple options. You should definitely read the CHANGES_AND_HINTS file to get a good picture of the many package additions and removals. The UPGRADE.TXT file is an invaluable source if you want to perform a manual upgrade.
The Slackware Documentation Project contains an article called “upgrading Slackware to a new release“. It describes how to use the slackpkg tool (which is part of Slackware) to perform the upgrade with a large degree of automation.

Still, it is good to be aware that Slackware moved from ConsoleKit2 to elogind and one thing will be immediately obvious if you start an X session after upgrade and reboot:

With elogind as the session/seat manager instead of ConsoleKit2, if you run ‘startx’ or ‘startkwayland’ at the console, you won’t see a VT (virtual terminal) switch. In the past, your console TTY would usually be tty1 but your graphical session would start on tty7 and you would automatically be switched from tty1 to tty7. This is no longer true – the graphical session will re-use your console TTY.

You can read more details about the implications of the switch to elogind in my 2020 blog post here on Alien Pastures.

Download your official ISO images from any of the Slackware mirrors. We use mirrorbrain to ensure that a visit to mirrors.slackware.com will lead you to a server that is near to you.

Please consider supporting Patrick and his family by visiting his Patreon Page, choosing a membership category and becoming a Patron. If you can spare a dollar or so per month, it will help keeping this unique distribution alive. All that money goes only to Pat.
If you are longing for the stuff that The Store used to sell, you can have a look at this CafePress URL which is Pat’s. Anything you buy there generates some money for him: so on you go to Patrick’s CafePress Shop.
Don’t fall for the fakes (several others on Cafepress sell clothing and gear with Slackware’s logo on them)!

Give Slackware a test-drive

Has the article made you curious or interested but you don’t yet feel comfortable installing Slackware on your computer?
We’ve got you covered!
There’s a Slackware Live Edition waiting for you. It is the same Slackware 15.0 but it will run entirely from a USB stick, won’t touch your harddisks and you don’t have to install anything.
Unlike Slackware itself, the Slackware Live Edition supports Secure Boot but you’ll have to enroll the liveslak certificate into your computer’s MOK first.
And if you do want to install Slackware after seeing the Live Edition, there’s a “Install Slackware” icon right there on the graphical desktop, which you can click (and use the password “live“!) to run through a slightly modified but still very familiar Slackware setup program (called ‘setup2hd‘ in the Live Edition).

Note that the designation ‘-current‘ confuses some people who interpret “current” as “latest stable“. It is not!

Are you running ‘-current’ but want to switch to Slackware 15.0 and enjoy a stable experience with regular security updates but without the hassle of daily upgrades and occasional breakage? It’s as easy as opening the mirror list (/etc/slackpkg/mirrors) for your package manager slackpkg, and selecting a Slackware 15.0 mirror instead of a Slackware-current mirror.
To give an example: I myself would change the single un-commented line in that file  “http://slackware.nl/slackware/slackware64-current/” to  “http://slackware.nl/slackware/slackware64-15.0/“, and then run “slackpkg update ; slackpkg install-new ; slackpkg upgrade-all“. Now my computer is fully up-to-date with Slackware 15.0 and ready to receive future security upgrades.

Note that if you are not only interested in security updates but actually want to be able to run new software all the time, then the development release  “Slackware-current” is still the better option for you; but you need to be able to fix the occasional breakage which is inherent to walking the bleeding edge. If you want to switch from a stable release to -current, the process is simular to the example above: change the mirror line in “/etc/slackpkg/mirrors” to the URL of a slackware-current repository and be sure to read the documentation.

Things I hope to see in that next release post 15.0:

Not all of that will probably be achievable, but we’ll see…

A long-standing member of the Slackware core team passed away during the development process towards Slackware 15.0. Erik Jan Tromp (alphageek) would have loved to have been able to witness the release of Slackware 15.0 but circumstances decided otherwise. We said goodbye to him in March 2020.
He will be remembered fondly. 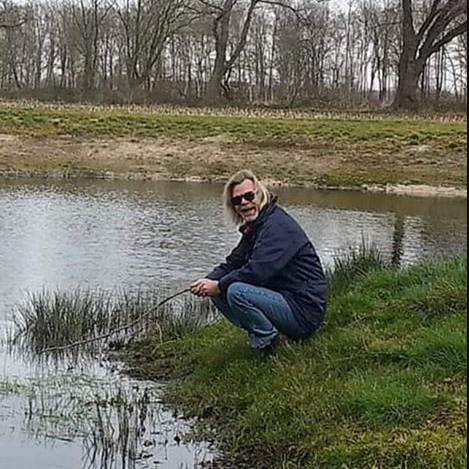