The alien  preaches… about open source.

A typical example of an industry where people tend to “sit” on their intellectual property (IP) is game development. If you have a fantastic game concept and built a real good engine around it, it will potentially generate a lot of money for you and your publisher, as long as your game has an uniqueness or credibility that attracts potential players.

Because the process of development for a commercial triple-A kind of game may take years and millions of dollars of investment capital, it is no wonder that a game developer is not happy at all to let outsiders peek in their laboratory. Copy protection measures try to minimize the risk of pirating the software after it has been released, in order to lose as little of revenue as possible – highly anticipated games create their own demand market.

Now I totally agree with the fact that those game developers deserve to earn their money and pirating software is bad. If you create something beautiful for other people to enjoy, you are entitled to financial returns.

But, it is not set in stone that you have to sit on your properties in order to generate a good revenue!

The prime example of this idea is idsoftware, the company that became famous with titles as Wolfenstein 3D and DOOM. Since the early days, the people at id Software have made parts of their games available for free (distributed as shareware) without limitations. This concept proved incredibly succesful thanks to the high quality of the games they release. People would download and play the shareware levels for free and then decide if it was worth the money to buy the complete game. This, and the vision of the code masters at id Software, made them to a game company that everybody respects and looks at to see how game engines evolve.

It was once considered a daring move to give away your games for free and trust your product’s quality so much that you expect people to buy it nevertheless. Nowadays, this is common and nobody thinks twice about releasing “demo” versions – but not so 15 or more years ago.

And id Software went one step further even. They made it a point to release the full source code to their games (excluding the copy-righted artwork and music) after a while, when the game had made enough money. With source code released under the GPL license, other people were able to modify and expand on it, and as a result we have seen DOOM, Hexen and other game ports and derivatives appear for Linux, handheld devices and more.

This in itself shows a lot of confidence in the quality of their code and the rapid adances the company makes with every iteration of their graphics and game engines. Their current games are always huge steps further than the code that is released for the older games. The fact that idsoftware cares for the Linux community shows through their Linux versions of several of their past games. The port to Linux is apparently relatively easy because of the program code’s high level of abstraction from the underlying operating system and even hardware. This is being inherited from the days of their DOS games. Id Software did their software development on UNIX (they used Silicon Graphic high-end workstations) and then built DOS versions to be released to the public.

While you can argue that releasing the source code of old software may be a gimmick, and old code is just that (old),  history actually proves that it has given them a lot of credit not only by fanatic followers of their games but also by” rival” game developing studios. Their commitment to open source is a shining beacon in commercial software development – not just game development.

And now this philosphy is actually paying off for them!

What happened? John Carmack, who is the lead developer at id, bought an iPhone (that piece of Apple hardware which is more gadget than phone) and decided that it would be fun to port a few of the old games to that device. The fact that people had picked up the original GPL-ed source code and improved on it, gave him a head start by using the code from Wolf3D Redux for the Wolfenstein game.Early 2009 they released it as an iPhone game. You can read more about the process here at Voodoo Extreme.

The DOOM port to iPhone went similar because code from the high-quality open source enhanced DOOM port: prboom could be re-used. The result is DOOM Classic for the iPhone, and you should go and read John Carmack’s developer blog about this particular port, it is highly entertaining.

The source code for the iPhone games Wolfenstein and DOOM Classic have been released, as required by the terms of the GPL. Isn’t this a perfect example of how commercial software development and the open source movement mutually benefit? 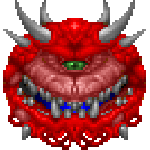 And yes: I have bought all the games of id Software that I’ve ever played, most often after enjoying the shareware version for a while. And to be homest, I have not bought a lot more games than those (I have the Half-Life boxes on my shelf, and Prey, and even those are derived from original id Software game engines).

One thought on “How opensource works for commercial game developers”